All about travelling experiences

I think it’s safe to say that our members had a great summer 2022. They made the most of the opportunity to really travel again after the previous summers during the pandemic. We had some great photos submitted to our #WhereInTheWorldIsIWAM photo challenge on social media, where we had the chance to guess the locations of our fabulous IWAM merchandise. For the Creatives interest group, we also focused on a similar theme for our summer challenge; Culture and Tribes. With our creative perspective on elements we saw, explored and marvelled at during our holidays, here are some reflections and many photos for you to enjoy for our Creatives Summer Travel Blog… Click on the photos to see them in full and you can scroll through them.

Costa dei Trabocchi in Abruzzo is a jewel still not that well-known. There are around 30 old fishermen structures spread from Ortona to Vasto; approximately 42km in length. Most of them have been transformed info restaurants that offer fish dishes & need to be book far in advance! The coast has a mixture of sandy beaches & white pebbles. The train tracks, starting from 2009, were transformed into a walking & cycling path (Ciclabile dell’Adriatico), and a new railway was constructed. The food we ate in the area was great; ranging from meat to fish, and the arrosticini (lamb skewers) are a must!

Caseificio 4 Madonne near Campogalliano. The president of the caseificio is a friend of mine. The caseificio is visited by several groups of tourist every day. The visitors are able to follow the cheese production process. It’s difficult to say. I was interested from start to finish of the guided tour. A little snack was part of the program that day last year. Plus that day a woman cheese maker opened using a big cheese knife a cheese right in front of us. Fab!!! 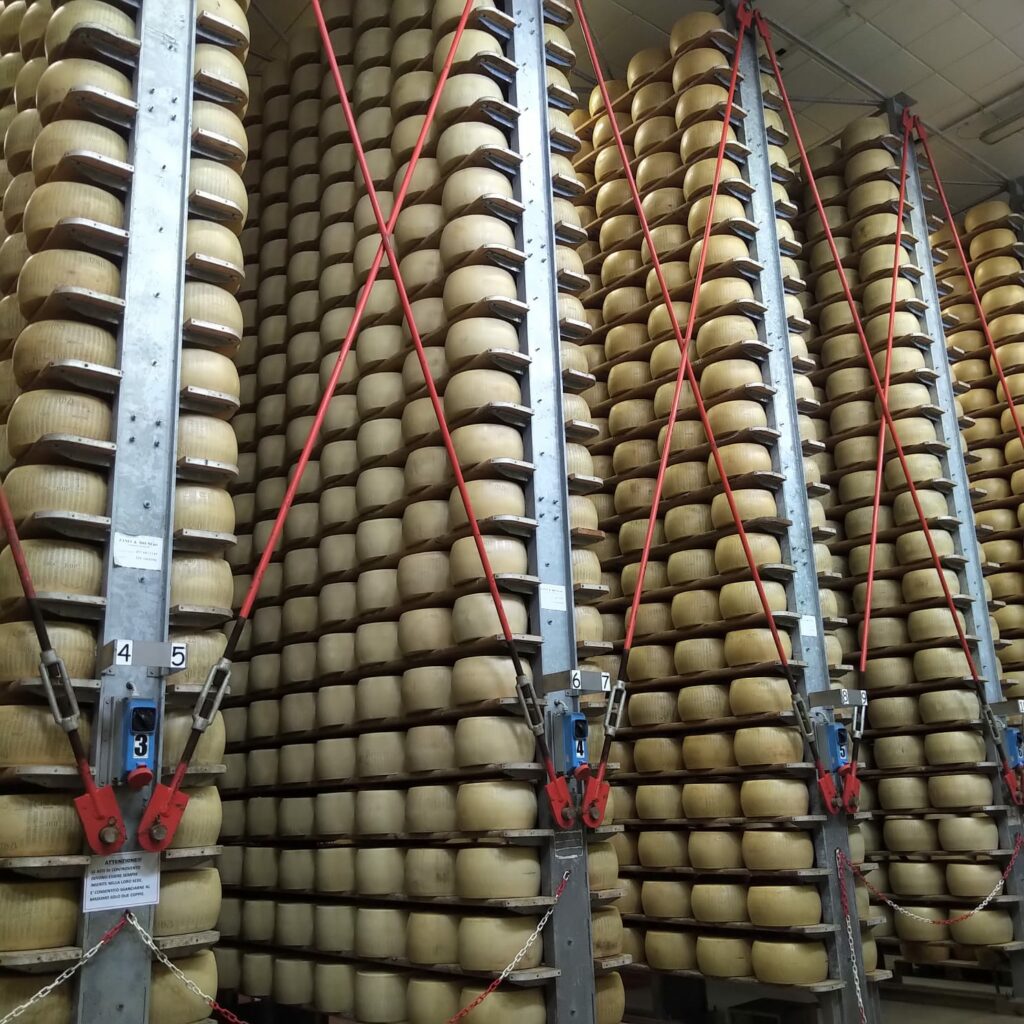 Caroline Mallet in Canada and Hawaii

Welcome to Nouvelle France, where the architecture of the Parliament and the citadelle of the Plains of Abraham in Quebec city act as reminders of its cherished French roots.

As for Hawaii, between the marvels of the sea, (swimming with sea turtles or giant Manta Rays), and the outstanding volcanic views and trails, I clearly had a near death experience, as I was in paradise for a few days. Of course, not forgetting the waterfalls, forests and all the Aloha vibe the Polynesian culture has to offer (with the local traditions, stories and beliefs). Here are a few pictures of Big Island in Hawaii. Highly recommend it!

Sarah Poole in the Dolomites

It is a part of our family tradition to play this particular dice game (Yahtzee) on our days out. Wherever we are in the world, we share our score sheets with a photo. This one is from our August holiday in the Dolomites. 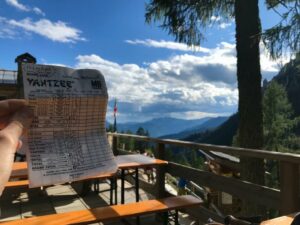 Family Tradition game of Yahtzee in the Dolomites

I thought it was quite profound the scale of the wood stores for winter, I’ve never seen it stacked up so high!

Helen Fina in the UK

Visiting the Barbara Hepworth Museum (formerly her home) in St Ives was a quietly inspiring experience. Her studio and garden have been left much as they were when she died in 1975. Hepworth must have been a force of nature, attending art school when few women did, and managing (this I had to read twice) to continue to create work in her studio while raising her triplets full time.

It was fascinating to see and imagine how she integrated motherhood with the drive to create, and how it influenced her work. I could have spent all day just sitting absorbing the large scale work in her garden. Alas, my children and husband weren’t quite so easily occupied!

I also dragged my family around the Bernard Leach museum. Leach is known for developing ‘studio pottery’ in the UK (artists working alone or in small groups to create works). He set up his studio in St Ives in the 1920s. His style combined Japanese and other eastern ceramic techniques with those developed in the UK. There was a calmly industrious mood walking around this still-working pottery; the rewarding atmosphere you get when art meets functionality. Needless to say, a lump of clay has never looked so tempting! Just wish I’d looked at details early enough to do a pottery workshop! This is the piece we chose to buy there as a holiday memory. 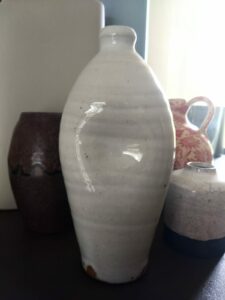 I had a longer than originally planned trip to Umbria this summer, after my Dad decided to gate crash our holiday. As a result, we extended it to spend more time with him since we had time off work anyway. Since I drove there, we were able to explore other towns and cities as well as reach a little further and enter the next region too. We visited some gorgeous places and spent a wonderful time with my family frind and his grandchildren too. Since his family is from Perugia, he knows the area very well and so we had our own personal guide and restaurant recommendations throughout the trip! We visited Lake Tresimeno and a town close by called Castiglione del Lago with a castel providing a wonderful view of the lake from the top of it’s walls. There was also a fabulous leather studio and shop, Safarà Cuoio which I thought was awe-inspiring! I could have stayed in there for a hour just absorbing their handmade wonders, but instead we left and had an ice cream!

My favourite place to explore in Umbria was probably Assisi, since we walked around the city but also visited the site where San Francesco (Saint Francis) actually lived, up in the hills. My favourite meal out was in Spello where we also bought a couple of gorgeous, hand carved oakwood bowls as a keepsake from our trip. 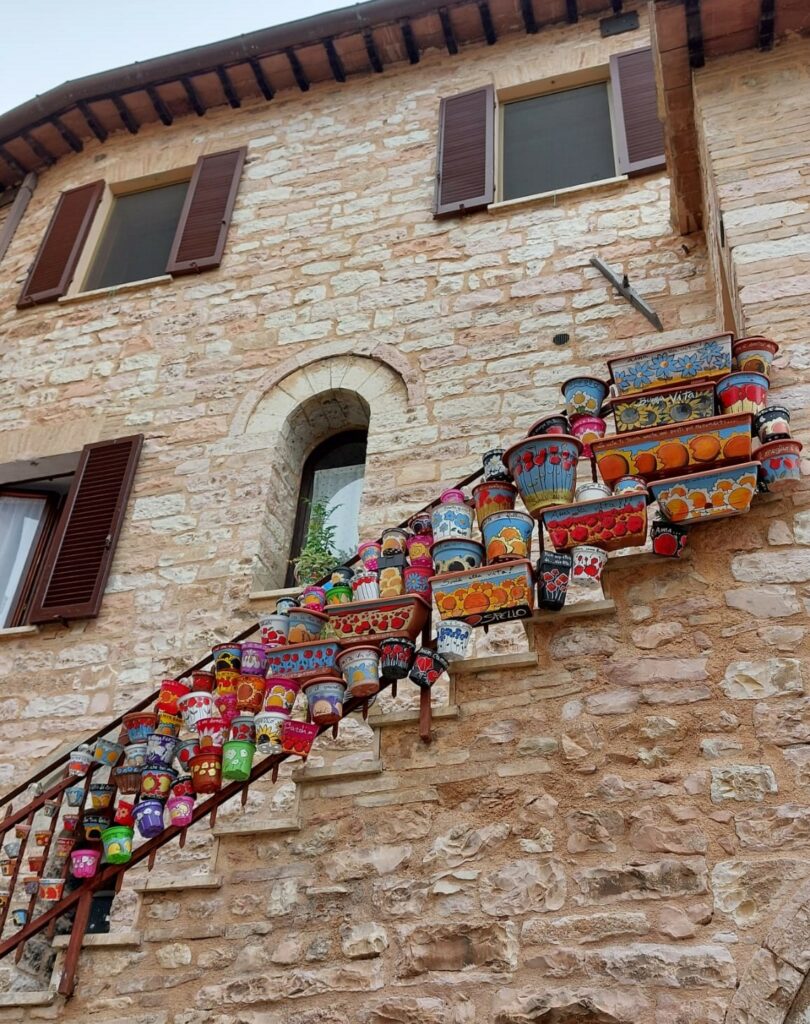 In the next region over; Le Marche, we took a day trip into Le Marche to visit one of Europe’s largest discovered grotto’s called Grotte di Frasassi, where I understand schools often take trips to show their students some of the natural wonders of our planet. The most incredible thing about it; other than the original discovery itself in 1948 (later opened in 1971), and the fact that they were able to install all the walkways etc., is the fact that the sheer scale of it blows your mind! It is impossible to understand the immensity of the space and the stalactites and stalagmites, which is some places have joined together, can be 20m long but seem very small from a distance. Inside is a cavernous 200m-high and 180m-long chamber and the 75 to 90-minute tour was well worth the trip! I highly recommend taking the opportunity to visit it is you are ever nearby.

Something a little different for me… a video for our summer challenge on culture and tribes… Pizza Lover, and some toys I made for a friend’s grandchildren. 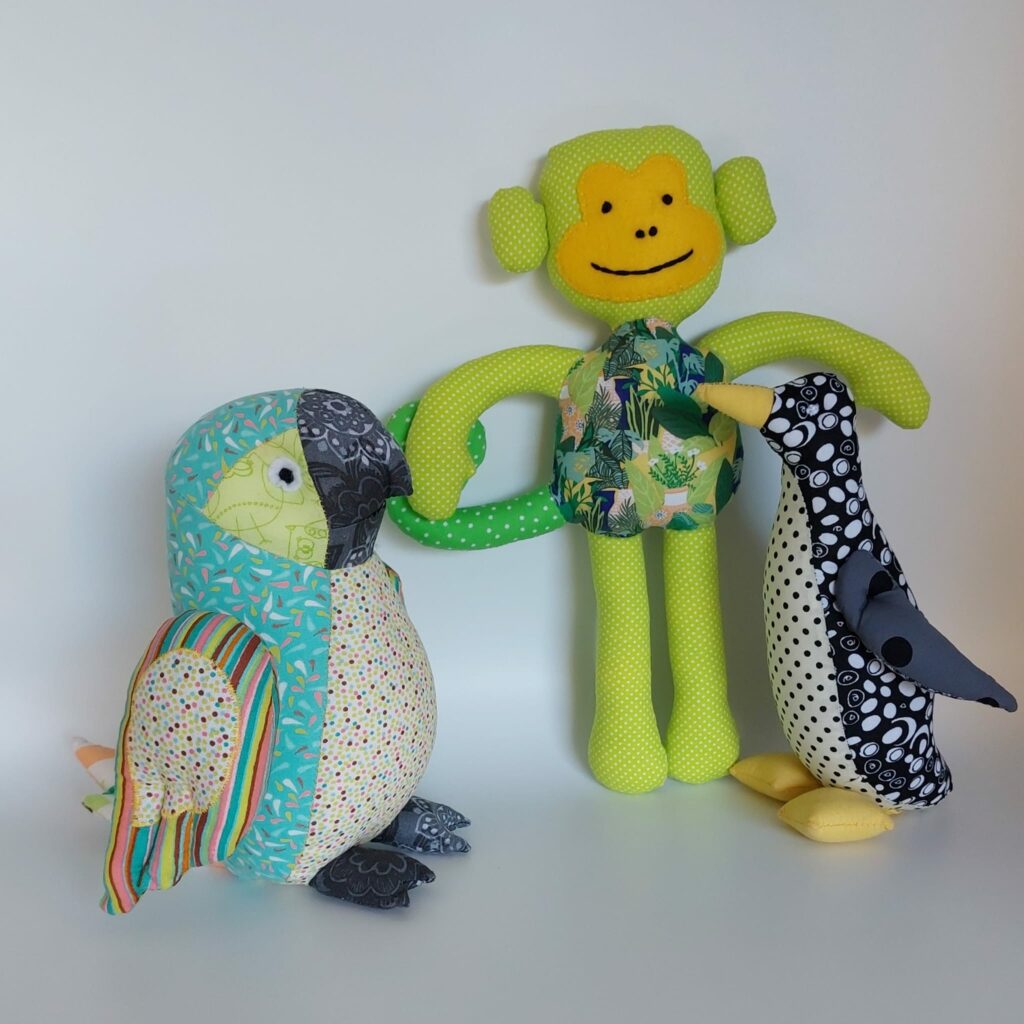 Tribe of handmade soft toys made by Kelly Rooker

I can’t imagine going to Suffolk in the UK without talking a few pictures of beach huts.

Elephant art workshop piece. I enjoyed doing this, with Tamara la Porte from the Sketchbook Revival 2022 event online, you can watch the YouTube lesson for Expressive Watercolour Portrait of An Elephant + others that are available on her YouTube channel. They are very accessible and easy to follow.

Here is my Virgo new moon piece inspired from a few weeks back and a tribe of sorts. 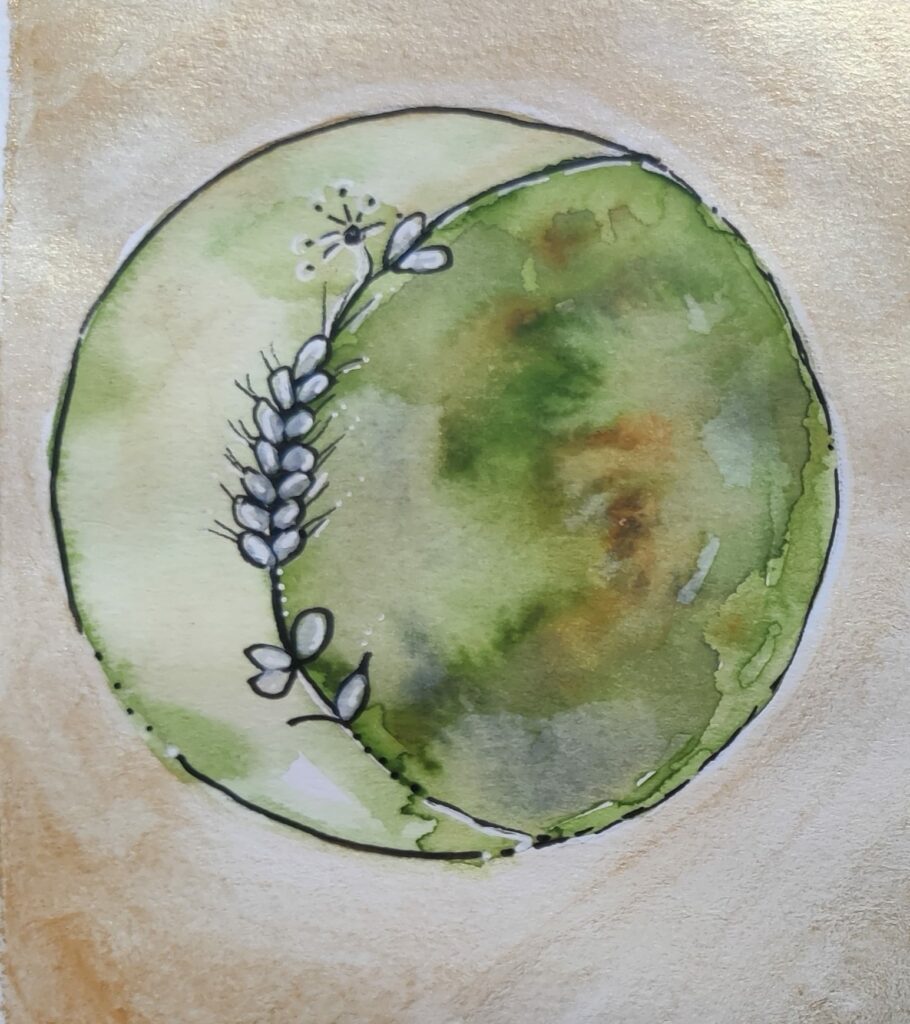 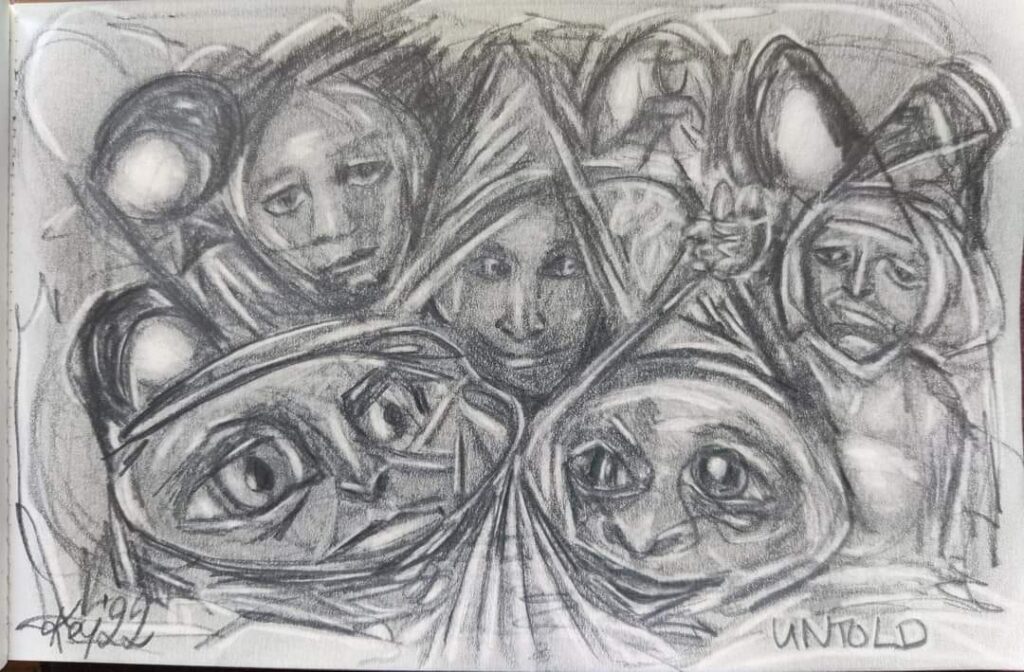 Some Sort of Tribe by Eva Young, June

Some street art I saw in Panzano, Tuscany 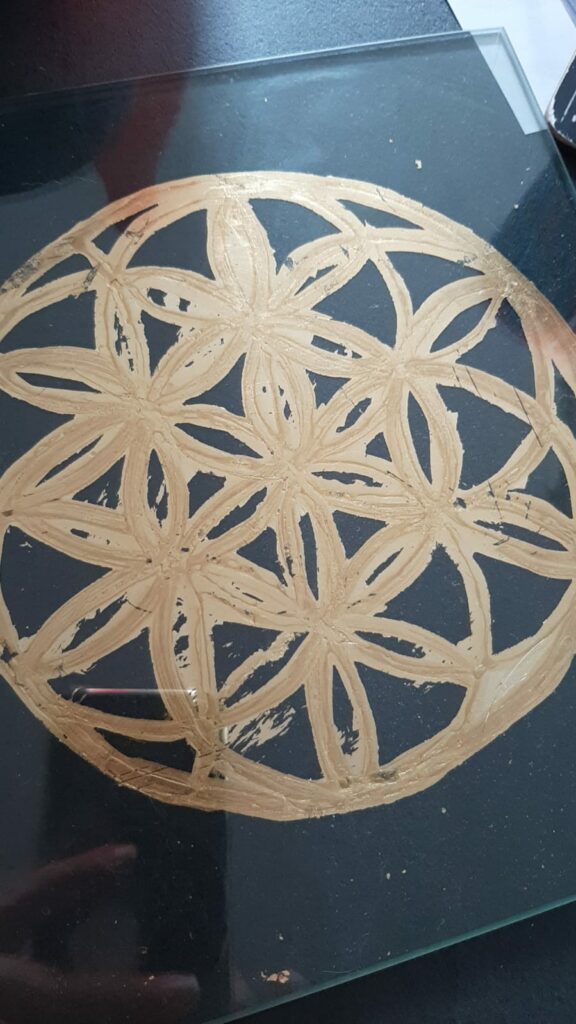 Sacred Geometry, The Flower of Life 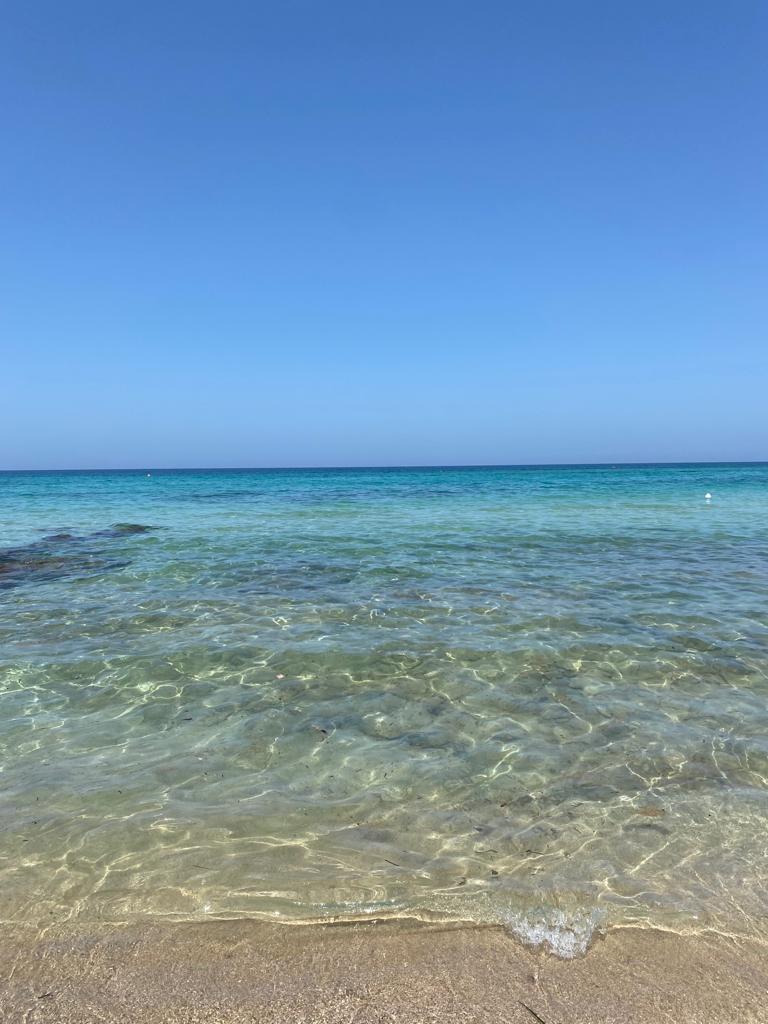 Greetings from Bella Puglia #no filter in Lido Sabbiadoro

If you’re interested in joining the Creatives Interest Group, please contact Kelly and Lena through our Interests Groups page or message us on Whatsapp.