A very International Nowruz in the heart of Modena

IWA Modena members, along with their partners, recently gathered at Persepolis, an Iranian restaurant in Modena, to eat, drink and welcome Spring in the most colourful and international way.

It was a truly perfect Nowruz (Iranian New Year) dinner.

Although thousands of kilometres away from the heart of Nowruz festivities in Iran, the evening had all that is most cherished during the new year celebrations; friendship, laughter, hope for better days ahead, and food, plenty of food. 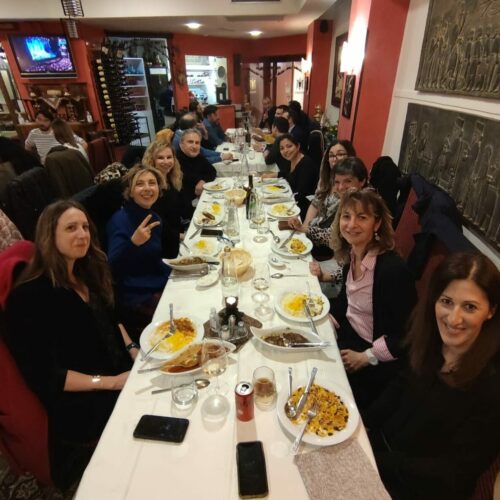 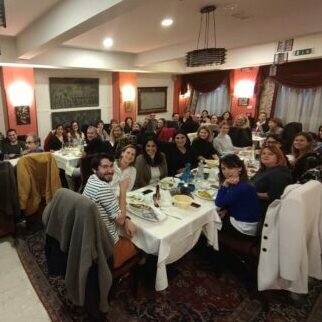 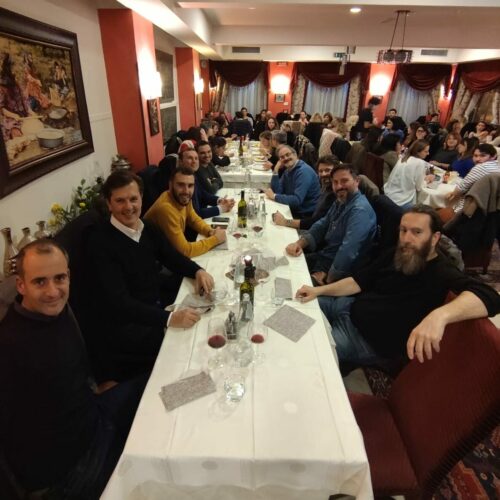 So, when is Nowruz and how is it celebrated?

Nowruz, which literally translates as “New Day” in Persian, is the Iranian New Year celebration that coincides with the Vernal Equinox, or the Earth’s new orbit around the Sun. This usually falls on March 20 or 21 in the Georgian calendar and is celebrated in Iran, Afghanistan, Azerbaijan, and some parts of India, Iraq, Kyrgyzstan, Kazakhstan, Pakistan, Tajikistan, Turkey, Turkmenistan and Uzbekistan.

Because the Earth’s orbit is not exactly 356 full days, each new orbit starts at a different time every year. But the moment is the same for everyone around the world. So basically, the new year starts at the same moment from Australia to Hawaii. This year it was at 16:32 Central European time on March 20th.

The celebration is not exclusive to any religion. In fact, this is one of the few celebrations that brings together people of different religions in Iran as well as other parts of the world. 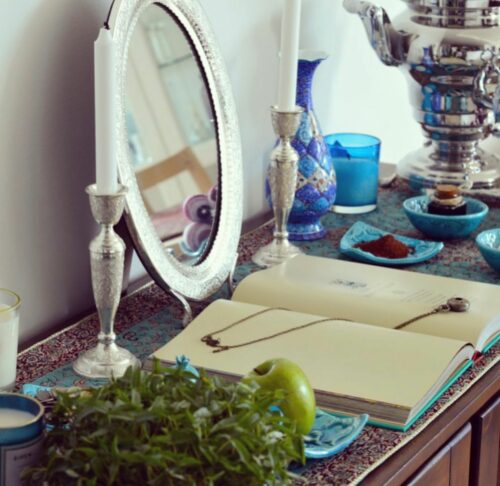 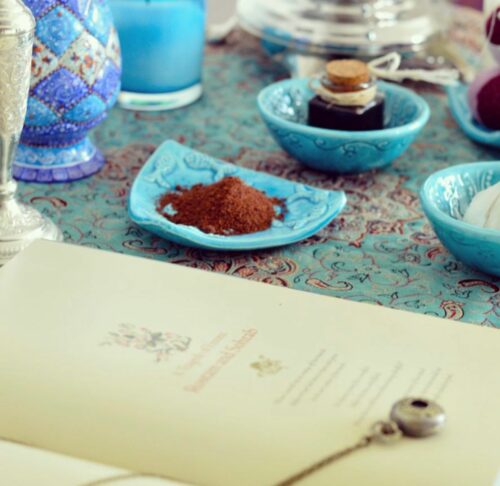 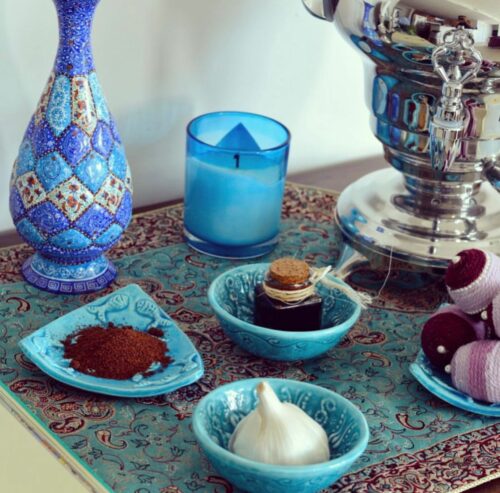 The 7 S’s of the Iranian New Year

The Haft-sin, meaning “Seven S”, is a table spread consisting of seven elements that start with the letter S, each of which symbolises a positive attribute, and is laid out a few days before Nowruz, being the core of the celebrations. The seven elements are:

There can also be other elements present, even if not plant-based, which start with S and have positive representations. These are:
Sekkeh (سکه)   – coins, symbolising wealth
Saat (ساعت)  – clock, symbolising the passing of time and life and the privilege of aging

And some other elements laid on the Haft-sin, even though they don’t start with S, include:

Book (depending on the religion of the family setting the table it can be any of the holy books, for non-religious families, a poetry book is placed on the spread)
Mirror (symbolising light), painted hard boiled eggs (a nice coincidence with the Easter celebration customs)
Long-Stemmed Candles
Hyacinth, (Sonbol) which coincidentally starts with S (a symbol of spring) 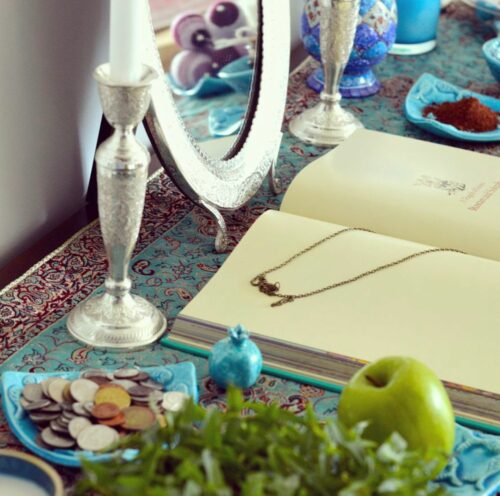 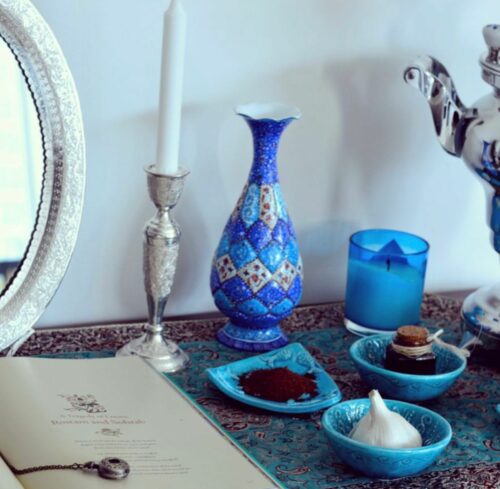 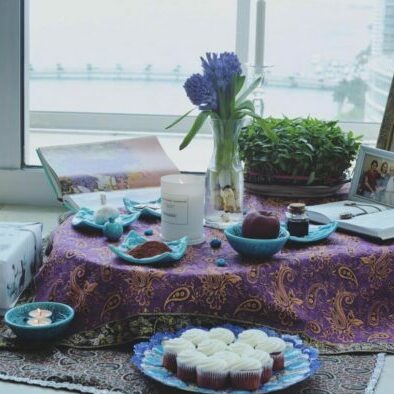 The 13 days of Nowruz

On the eve of the Nowruz, herb rice and fish are served along with whatever dish is customary in the different regions of Iran. Right before the start of the New Year, families gather around the Haft Sin and read poetry from the Maestro of Persian Poetry, Hafiz.

After the start of the New Year, family members visit each other starting with the oldest relatives in the family, as respecting the older members is of utmost importance in the Iranian culture. The celebrations go for 13 days, filled with parties, food, gifts (mainly in the form of fresh, crisp bank notes) and lots of family visits.

On the thirteenth day, Nature Day, everybody heads out and spends the entire day in nature. The sprouts (representing the act of borrowing something from nature and bringing it into our homes) are then placed into a stream, river, sea or any body of flowing water, as a thank you to nature for lending us part of itself.

And on the fourteenth day everybody, slightly heavier and much more refreshed and relaxed, goes back to work…

If you’d like to read more on the celebration, check out Niloufar’s blog: https://undertheindigodome.squarespace.com/persian-by-passport